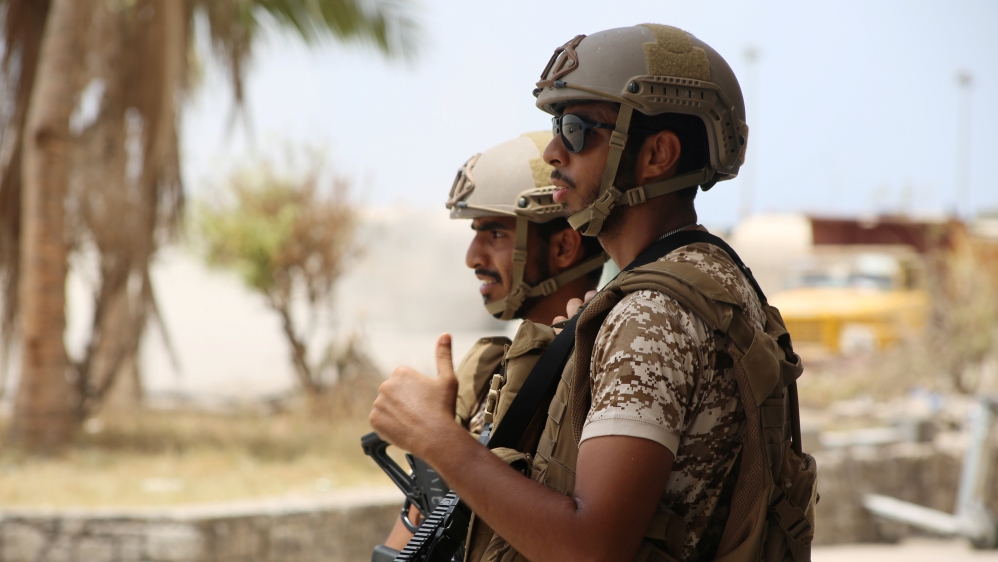 A Yemeni militia backed by the United Arab Emirates (UAE) has been accused of kidnapping several young ?northerners? in the southern port city of Aden, with relatives alleging they have been wrongly detained, tortured and denied access to a fair trial.

In a series of videos and documents sent to Al Jazeera, the relatives said they had not heard from or seen their loved ones after they were picked up by the UAE-created Security Belt – a force set up in 2016 to police southern areas in the war-ravaged country.

The sister of Ahmed Abdullah Salam al-Meshwali, who was 19 when he went missing, said all she knew was that her brother was being held at Bir Ahmed, a military camp controlled by the Security Belt in Aden.

?My brother was in the second year of his studies at the University…

Syrian government forces have gained control over 90 percent of the Eastern Ghouta region as militants continue to leave their last major stronghold near the capital Damascus.

On Friday, the Syrian forces celebrated the departure of the last group of militants and their families from the town of Harasta in Eastern Ghouta, Reuters reported.

Following the Syrian forces? sweeping advances in the area, the militants agreed to leave the area to the militant-held territory in the northwest in return for safe passage out.

In a second pocket around the towns of Arbin, Jobar, Zamalka and Ein Terma, nearly 7,000 Failaq al-Rahman militants and their families will also leave for the northwest on Saturday morning.

The city of Douma is the last militant stronghold in eastern Ghouta. Negotiations are currently underway for removing the…