London, England – The international community, including Britain, must load pressure on the Saudi-led coalition in Yemen to avoid further bloodshed, a Yemeni politician told a conference in London on Saturday.

Abdulrahman al-Hamdi addressed delegates the day after Mohammad bin Salman, the kingdom?s 32-year-old crown prince accused by activists of being the ?architect? of the Yemen conflict, left the UK having signed further arms deals with Britain, with Downing Street announcing plans to sell 48 Eurofighter Typhoon jets to Riyadh.

The world should ?assert more pressure on the allied forces. A military solution to the conflict in Yemen will be a disaster?, said al-Hamdi, a former member of the Yemeni parliament who was ambassador to the Czech Republic from 2009 until 2014.

Al-Hamdi served mostly under Ali Abdullah Saleh – the president who stepped down and fled to Saudi Arabia following protests in 2011, and who was killed by Houthi… 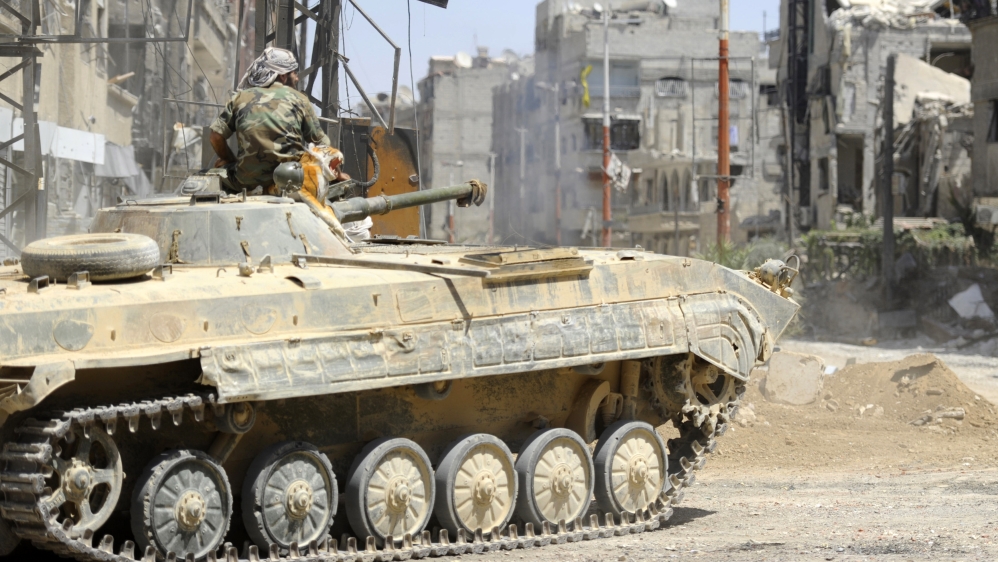 Syrian forces have captured the largest town in Eastern Ghouta, effectively splitting the rebel-held enclave in three, a monitor has said.

The Syrian Observatory for Human Rights (SOHR) reported on Saturday that government forces had captured the town of Mesraba, which lies 10km east of Damascus, and had begun advancing into its surrounding farms.

The UK-based monitor said in a statement: « Eastern Ghouta has been divided into three parts – Douma and its surroundings, Harasta in the west, and the rest of the towns further south.?

Syrian state television reported earlier that army operations were intensifying in the central part of Eastern Ghouta, with opposition activists also reporting that roads connecting the towns were covered by army fire.

The government?s latest offensive on Eastern Ghouta, which began on February 25, has seen at least 976 people killed, according to the Observatory.