In September 2015, a young boy was found washed up on a beach in Turkey. Photos of Aylan Kurdi’s lifeless body were quickly splashed across mass media, much the same way that Omran Daqneesh’s photo inside an ambulance would also be disseminated.
Accusations of responsibility were hurled at the Syrian government, and leaders from Western nations upped their rhetoric about the need for intervention. Meanwhile, the corporate media and Western leaders continued their silence on the murders, decapitations, kidnappings, and actual starvation of children and adults alike in Syria by the armed mercenaries and zealots the West calls “moderates”.

In February 2017, Tima Kurdi, Aylan’s aunt got in touch with US Congresswoman Tulsi Gabbard, and then spoke publicly, saying she supports Gabbards “message to stop arming terrorists, to stop supporting regime change. If the West keeps funding… 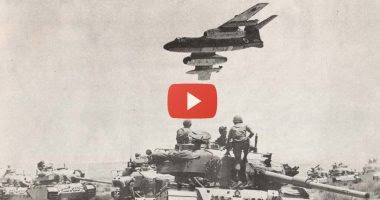