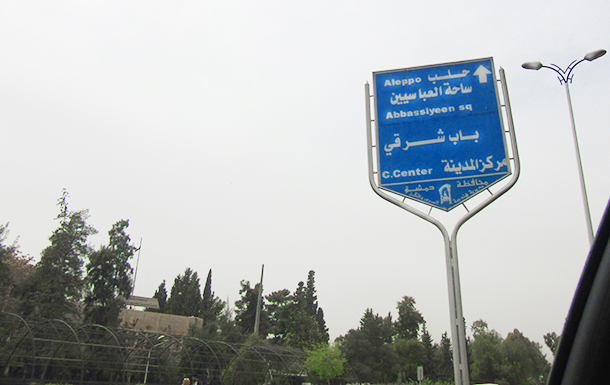 DAMASCUS – The first thing you notice while driving over Mount Lebanon is how close Beirut and Damascus are, and yet their respective situations could not be further apart.

Last month, the war on Syria entered its sixth year. However, thirty years ago, Lebanon was where Syria finds itself today – embroiled in a painful and protracted not-so-civil ‘civil war,’ with numerous regional and global powers angling for influence, each pressing for their own agenda.

There’s a noticeable difference once you pass from Lebanon into Syria – the highway is paved and smooth, concrete bollards are neatly arranged, and there are no manhole ditches to avoid in the middle of the road. Images of Bashar and his father Hafiz are prominently displayed along the Damascus Road.

As one would expect in a country at war, checkpoints are numerous…